Two teams from Emmanuel College, Gateshead, took the honours in their respective categories and will now compete in national finals of the annual F1 in Schools competition.

They have until March 10 to hone and perfect their model race cars that are catapulted down a 20m track by a gas canister.

The Year 12 team beat 28 others to win the North East and North Yorkshire regional heat with a best time of 1.135 seconds. 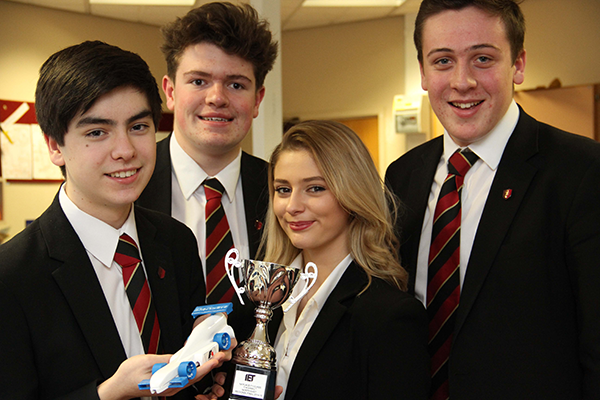 The team comprised Declan Southern, 16, Harry Wilson, 17, Charlotte Saint, 16, and James Rodger, 16. They will now go on to compete in the final at Birmingham’s NEC.

Technology teacher at Emmanuel College Louise Glover said: “The competition attracted twice as many competitors as last year so the students have done exceptionally well, particularly against independent and specialist technical schools.”

Declan added: “The world record is 1.003 seconds and we are looking to use more technology and are reading university aerodynamic papers to target improvements.

“We made the finals last year as well and came sixth. This year we are hoping for a podium finish.”

Year 9s won the overall Bloodhound class, despite posting a slightly slower time than their competitors, as judges were impressed with their portfolio and pit display. 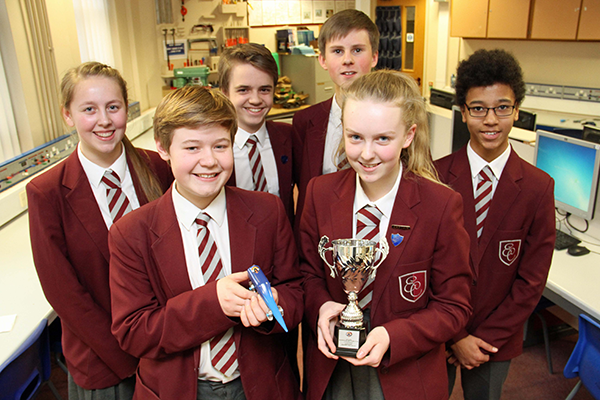 Samuel said: “We have analysed how we were marked and will look to improve our pit display and secure more sponsorship. I would love to be an automotive design engineer one day.”

Lucy added: “We were really shocked to win and very pleased. It means I will have to miss a netball tournament as I’m the captain, but I don’t mind as it will be worth attending the final.”