Four students from Emmanuel College, Gateshead, have become the first North East team to qualify for the world finals of F1 in Schools. 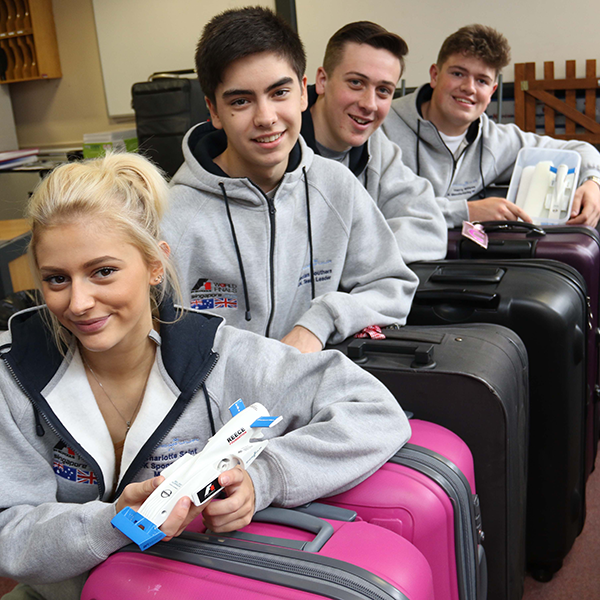 As they left college for Singapore this week, they were treated to a guard of honour and a rapturous send-off by hundreds of fellow students.

The final, which takes place during the Singapore Grand Prix from September 11-20, will feature the top 100, who will battle it out for the Bernie Ecclestone Trophy.

Third place at the national finals held at Birmingham NEC was enough to secure the Emmanuel College students a place in the coveted final.

They have already had a taste of the international flavour of the competition teaming up with students from Tasmania, who they have been Skyping since May.

Together, the teammates have designed and constructed a brand new race-car using degree-level physics in fluid dynamics.

But the wheels almost came off their meticulous plans when specially fabricated parts were delivered to the wrong continent.

Hi-tech wheels should have been delivered to the Emmanuel team, which designed and fabricated the bodyshell, but instead they were delivered to Australia allowing no time for testing.

“We know the car works on paper but the first time we will get to try it will be when we compete and fire it down the track,” said Harry Wilson, 17.

“It has been incredibly hard work,” added James Rodger, 17. “We have been working with Newcastle and Sunderland Universities and the fluid dynamics does make your brain hurt.”

“We haven’t had a summer really or any sleep as sometimes we would work until 2am then we would be Skyping Australia at 5am,” said Declan Southern, 17. “But it will be worth it as this has already been life-changing.”

Charlotte Saint, 17, added: “It has been amazing and we owe a great deal to our sponsors, the Reece Foundation, which provided the £18,000 we needed to go to Singapore.”

The team is spending 12 days in Singapore with their technology teacher Louise Glover, who said: “The level of dedication they have shown has been stunning and they all thoroughly deserve their chance to compete in the final.”

The F1 competition involves propelling the balsa race-car down a track in the quickest possible time. Top cars reach speeds of more than 40mph.

The team will also be judged on their presentation skills, their pit display, engineering prowess and 40,000-word portfolio.

In Singapore they will be invited into the real Formula One Grand Prix pits and to a networking dinner as well as being able to compete for F1 scholarships. They have also been invited to have tea with the British High Commissioner.

All the students are now hoping to pursue careers in engineering in the automotive industry or motorsport. 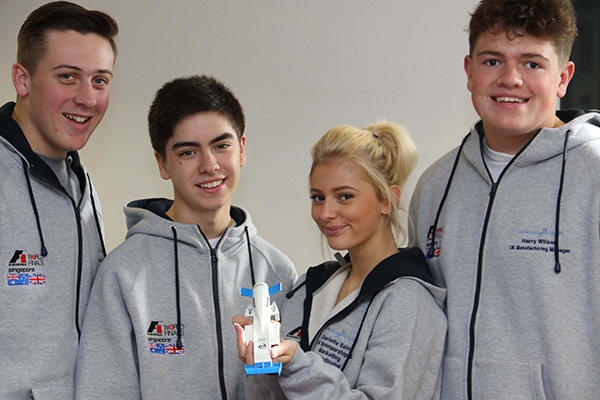 On their return they plan to share their experiences with young people by making promotional videos designed to attract new blood into engineering and by becoming STEM ambassadors.

Emmanuel College principal Jonathan Winch said: “We are so incredibly proud of James, Declan, Charlotte and Harry on becoming the first North East to reach the world finals. They have demonstrated immense commitment to the project, working throughout the summer holidays to give themselves the best chance of success in  Singapore. Whatever the result, they will never forget the experience.

“I must pay tribute to Mrs Glover for her support and guidance to the team, and also thank the Reece Foundation for its very generous support which has allowed these young engineers to have this once in a lifetime opportunity.”