Blue skies and glorious sunshine crowned this year’s Activities Week, as students at Emmanuel College embraced a week of learning beyond the classroom – everywhere from historic European cities like Rome, Berlin and Amsterdam to local gems including Hadrian’s Wall, St Mary’s Island and the rolling hills of Northumberland.

The fantastic weather has extended right across the continent, as our exchange students in Freiburg in south-west Germany are basking in temperatures of up to 30 degrees.  Thankfully, the outdoor swimming pool is a staple favourite after a hard day in school – or, in the case of our students, a hike in the Black Forest, a day at Europapark (the second most popular theme park in Europe!), or a visit to Strasbourg.  With temperatures like these in south Germany, we can only imagine what the mercury has hit in Rome, where a group from Year 9 and 12 are exploring its wealth of historical and cultural landmarks.

Further north, our Year 9 students have been on a historical journey in Berlin, exploring key sites including Sachsenhausen Concentration Camp, the Jewish Museum, Checkpoint Charlie and the Wall Memorial, all accompanied by commentary from Mr Bees, our expert guide to Berlin.

Meanwhile, in northern France, our group of linguists have been testing out their language skills whilst visiting the Bayeux Tapestry and market, Omaha Beach, Arromanches 360 cinema, a Petit Chef academy, Pegasus Bridge Museum, a goats’ cheese farm and apple farm.  “Sunny and warm and all loving life!” reports Madame Roberts.

From cruising on the canal in Amsterdam, to making friends with meerkats at Rotterdam Zoo and having a whimsical wander around the windmills at Kinderdijk, 46 students from Year 9 have enjoyed an incredible time exploring the culture and geography of the Netherlands.

Over in Brussels a group of economists have been treated like royalty by the Partners from American law firm, Gibson Dunn, one of whom is a visiting lecturer at King’s College.  They were then joined by the CEO of consultancy firm ECCO, before spending an afternoon with north-east MEPs Jude Kirton-Darling and Paul Brannen.  “Obviously, I arranged for the EU leaders to be in Brussels at the same time as us!” quipped Mr Clarke.  With his networking skills, we wouldn’t put it past him!

Closer to home, students have made the most of the rich cultural and historical heritage here in the North East.  Monday saw Year 8 students visit City Church, a ‘Jewish Life’ exhibition at the CastleGate centre, a mosque and St Mary’s Catholic Cathedral.  At St Mary’s we saw belief put into practice in an unexpected way as Dave, our guide, became the ‘Good Samaritan’ to help out when a student needed to be taken home for medication.

Year 8 have also visited St Mary’s Island, and enjoyed a fascinating walk around Newcastle, as well as a cruise up the River Tyne.  They have also explored the archaeological site of the Roman legionary fort of Vindolanda with its Milecastle replica and live excavations, as well as the Roman Army Museum, before tackling a steep climb to the nearest part of Hadrian’s Wall.

Year 7 headed to Beamish Museum to focus on life in 1913, just before the start of WWI.  They spoke with miners, shopkeepers, bank managers, mechanics, a dentist, a farmer and other characters to try and find out what their experience of life was like at that time in history.  They were particularly keen to find out what the different people thought about the suffragette movement and some of us even witnessed a suffragette rally in the bandstand followed by a march down the main street with banners held aloft.

On Wednesday, about 100 students enjoyed a beautiful walk through golden wheat fields and lovely cool forest paths towards Causey Arch – an 11-mile round trip in 23 degree heat!  The highlight of the walk was seeing Causey Arch bridge – a masterpiece of engineering and the oldest railway bridge in the world.  Students learned how the 300-year-old arch was built by hand and had a chance to challenge themselves physically and mentally in an environment many didn’t know was on their doorstep.  During their lunch stop at Causey Arch Café, the staff were delighted by how polite and friendly our students were.  “Our students’ behaviour has been exemplary,” reported Mr Wallace.

“It was fantastic to see students overcome exhaustion, support each other and form new and extended friendship groups.”

Engaging in other challenging outdoor activities was the group of 48 who travelled to Whithaugh in the Scottish borders to take part in mountain biking, kayaking, raft building, bush-craft, high ropes and more, all in glorious sunshine.  “The swimming pool has been much needed and well used!” said Mr Ridley.

Meanwhile, on the outskirts of Hexham, an intrepid group of Year 7s spent a fantastic three days at Dukeshouse Wood with a non-stop itinerary of climbing, abseiling, nightline, problem solving, firelighting, 3G swing, and shelter building.  “All the students have been superb, got stuck into everything, and it has been an absolute pleasure!” said Miss Routledge, who has led this visit for the last three years.  It appears it wasn’t only the students who had a thoroughly enjoyable time: “It’s been the best three days I’ve had being a teacher!” said Mrs Buckley.

College has been a hive of activity, hosting events as diverse as the TechnoChallenge, Science Day, Physics Week, Art Week and cross-stitch sewing projects.  The Year 11 and 12 cast of Les Misérables started rehearsals for the Emmanuel College 2019 production, practising rousing musical numbers such as “At the End of the Day” and  “Do You Hear the People Sing?”.  Midweek they travelled to London to watch Les Misérables in the West End and on Friday they showcased their work with an impromptu performance in the Emmanuel College foyer!

Seizing the opportunity to get a glimpse into the world of work, many Year 10 and 12 students took up work experience placements in a whole host of different organisations including law firms, local schools and universities, pharmacies, dentists, banks, charities, engineering companies, the NHS, retail outlets and restaurants.

Ten of our Year 12 Physics students have been out and about seeing where science and technology can take you.  They visited Avery Dennison labels, the Nissan factory, Newcastle Maths, Statistics and Physics department and the EDF nuclear powers station in Hartlepool.  Students were awestruck by the scale and complexity of these industries and they got a good insight into the different roles and training that happen in these organisations.

As we leave our locations, far and wide, and return to College and to timetabled lessons next week, what will never leave us are the priceless experiences, the precious memories and the invaluable lessons gathered during Activities Week.  Whether close to home or hundreds of miles away, students have learnt leadership, developed character, strengthened friendships and gained insight through educational experiences that a classroom could never provide.  That’s what Activities Week is all about, and we thank all the staff who have worked so hard to provide these opportunities for the young people in our care. 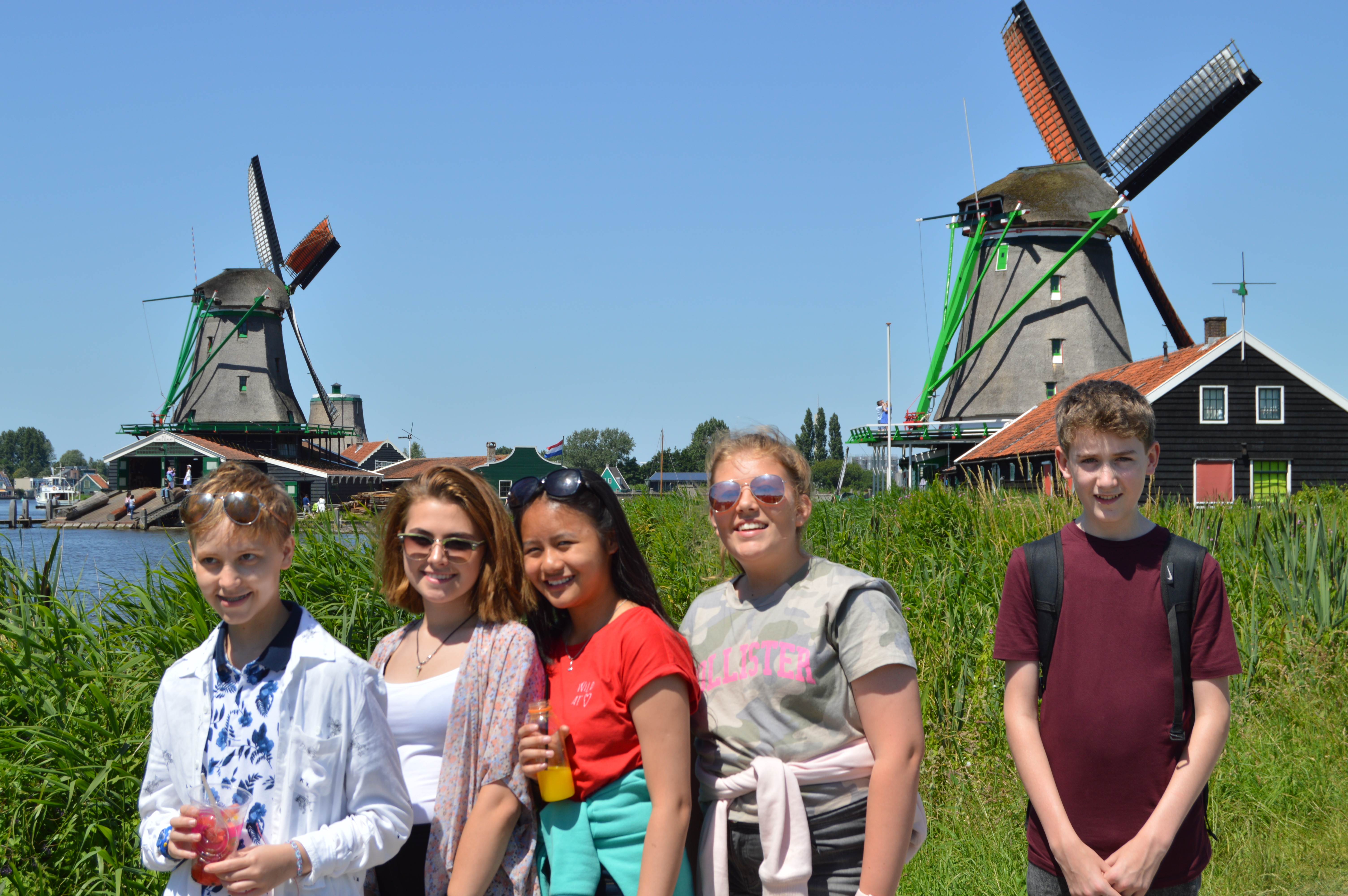