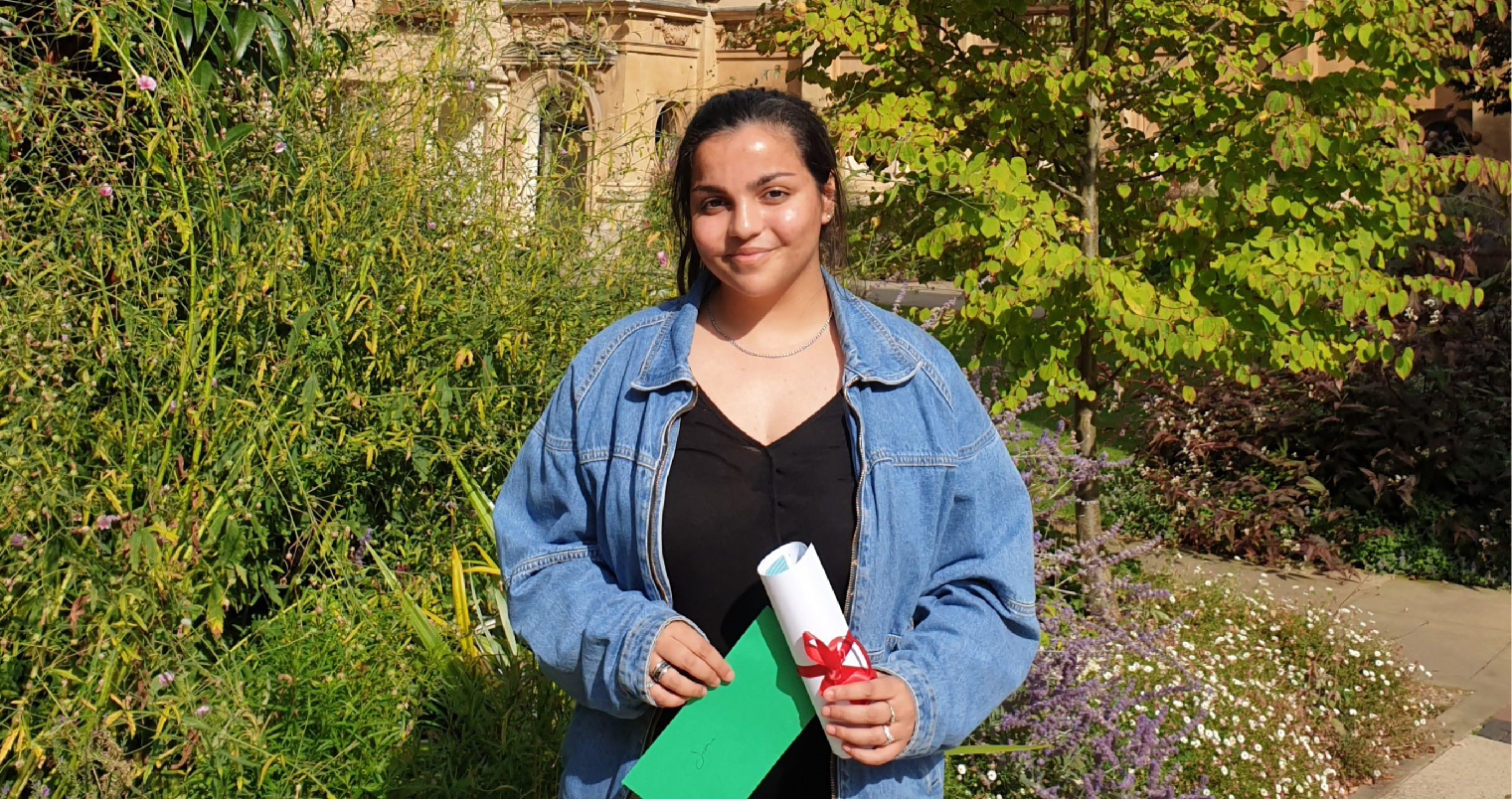 Last year, she entered a MASSOLIT video essay competition, in association with Brasenose College, Oxford.  Her video lecture, which explores the History of English Theatre, secured her first place in the competition – and a cash prize!  In September, she travelled down to Oxford University for the prize-giving and was invited to record her lecture professionally so that it can be used as a teaching resource on the MASSOLIT site.

Fresh from her MASSOLIT victory in Oxford, Sophia securing first place in the University of Sheffield’s ‘School of English’ competition.  The panel of academics judging the competition commended her for her “boldy argued and well-executed essay”, commenting that her piece (which argued for the inclusion of Eminem’s ‘Stan’ on the A-Level curriculum) was an “assured, original and thoughtful piece… reflecting beautifully on the process of thinking through what counted as a literary text.”

Sophia can’t deny she was motivated by the prestige (or the cash prize!), but she also relished the creative freedom.  “It was kind of liberating to do something academic that wasn’t actually for A levels,” said Sophia.  “I mean, my entry for one of the competitions was a criticism of the A level Literature curriculum!”

“The results of both competitions came out within a few weeks of each other, and it was funny because it had been so many months since I’d entered that I’d almost forgotten about them, so it was a pleasant surprise.”

Can we expect to see Sophia on the stage or screen in the near future?

“I’d wanted to be an actor since I was little, but over the past year I’ve leaned more towards a job in theatrical directing and writing, I now see this change of direction may have been partly from doing the two literary competitions!”