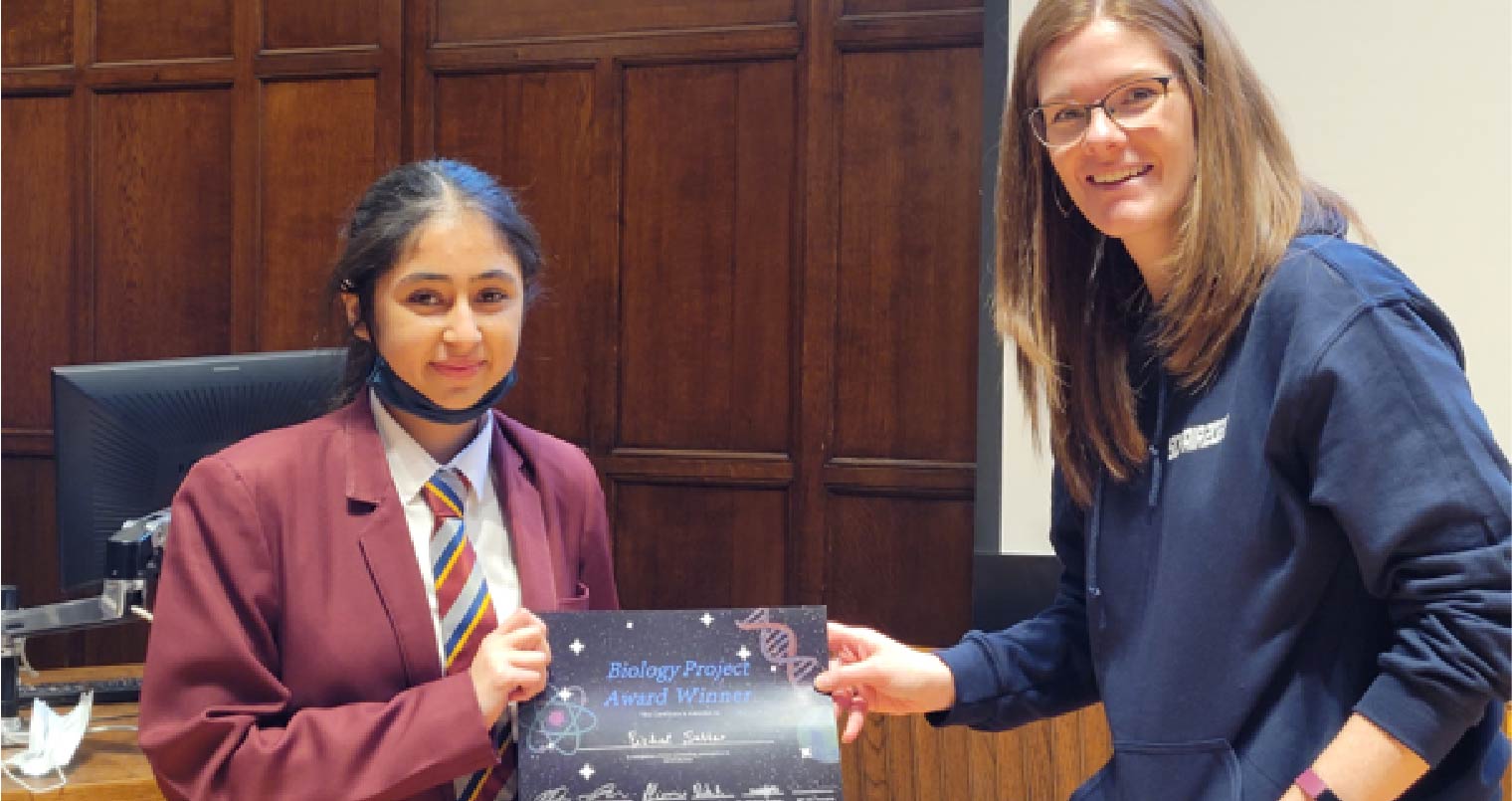 Eishal’s project proposal – to research cancer treatments – was submitted last October and approved by the university, and she was given five months to produce a lab report and a display board.

“It involved a lot of extra reading – even going into degree-level Biology,” said Eishal.  Her idea focussed on the use of mRNA molecules to directly produce antibodies instead of antigens (like current vaccines do), because not all cancer patients can build a strong enough immune response to them.  These antibodies proceed to attack the cancer cells.  Eishal intended the treatment to be followed up with an injection of gold nanoparticles targeted to the tumour which would allow for a greater absorbency of radiation therapy.

“I was extremely pleased when I found out I’d won first place,” said Eishal.  “All the work put in over the past five months had paid off!”

“The highlight was definitely meeting the judges, who were all lecturers from a broad range of scientific backgrounds.”  Eishal also won the chance the spend a day in the Newcastle University lab – a very exciting prospect!