The unbeatable Year 7 Rugby team have completed the double by winning the Gateshead Schools League as well as the Durham County Championships, having gone 23 games unbeaten.

Having qualified for the county finals earlier in the season, the boys secured their gold medals by beating High Tunstall 35-5, Yarm School 5-0 and St Thomas More 15-0.

In the Gateshead League, the team stormed to victory with the following results:

In the same week that the boys won the Gateshead League, our Hockey girls proved their prowess by winning the ‘Gateshead Year 7/8 In 2 Hockey Gateshead Championships’ – without conceding a single goal!  The team will now represent Gateshead in the Tyne and Wear Finals, along with Whickham School. 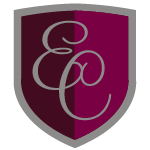