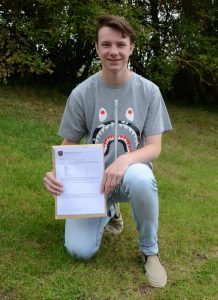 Students at Emmanuel College, in Gateshead, are on cloud nine after rising to the challenge of new, tougher GCSEs.

In the more rigorous maths course, more than one in ten students gained the new top grade nine, which is higher than the old A* and which only four per cent of students across the country are expected to achieve.

Aaron Morris is among a group of five budding Formula One engineers who are heading to Malaysia to compete for Great Britain in the prestigious F1 in Schools competition. Together, the team that also includes Lucy Brooks, Morgan Lisk, Michael Farrell and Sam Chapman, engineered 34 grade As or better between them. 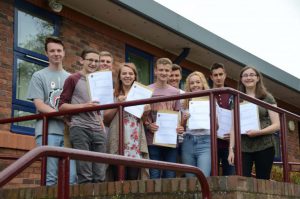 There was individual success in art for Chloe Bush, Daisy Emerton, Emma Graham and Abbie McArdle who all achieved 100 per cent contributing to an amazing departmental achievement of nearly 45 per cent A* grades.

“The chemistry, technology, economics, computing, Latin, music and drama departments are all celebrating after achieving 100 per cent of grades at C or better with particular cause for celebration in technology, physics, chemistry, German, RE, economics, computing, and Art where over half of all results were at A or better. All students in Latin achieved an A or A* with music close behind with 85 per cent A/A* grades.”