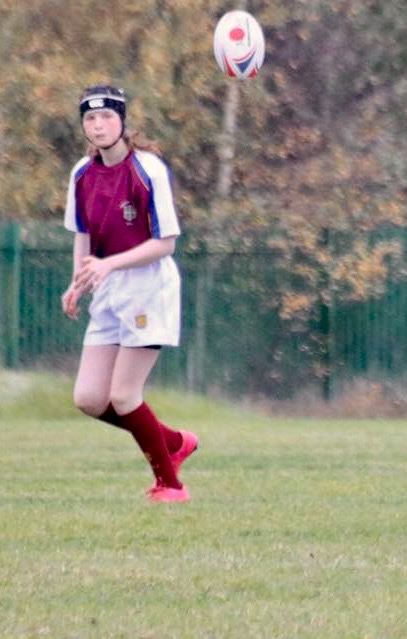 Kate helped secure a 46-0 victory for her team, Durham County, in its match against Cumbria last term. 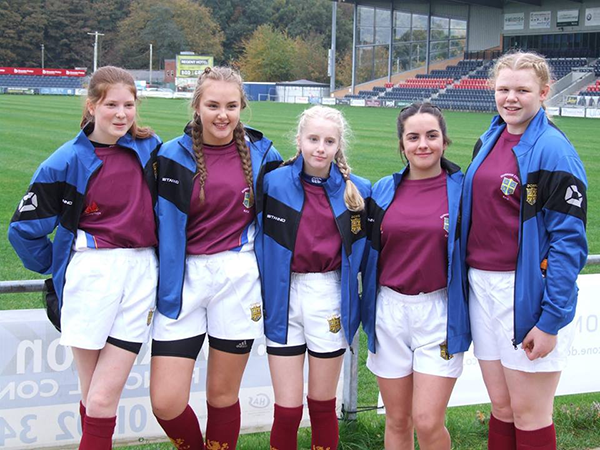 She was honoured with an invitation to the North of England Academy Squad selection day on 29 January in Sheffield. Going up against the top 50 girls in the North of England was a huge challenge, and, although she did get through on this occasion, Kate performed extremely well. It proved to be an invaluable experience and has given her a target to aim for.
The 14-year-old started playing Touch Rugby at age five with her brother, now aged 16, who plays for Durham Rugby Club. When she turned 11, Kate started playing full-contact Rugby at Ryton Club in the Number 8 position. “It’s the safest place to be,” she joked, “at the back of the scrum!” Risk of injury does not put Kate off, despite a recent back injury suffered in a tournament win for Ryton Club at Acklam.

Kate trains three to four times a week, making it hard to balance school work and Rugby. “I have to work a lot at break and lunch time, because I often get home quite late,” she explained.
With ambitious plans to go on to represent England, we wish her every success!