ELITE young sportsmen are hoping to claw their way to victory after being selected to take part in an annual rugby Lions tour of Scotland.

The Lions will compete against three teams during their stay starting with an opening game against Boroughmuir Rugby Club, then on to The High School of Glasgow before completing the tour with a match against North Berwick High School.

Emmanuel College PE teacher Paul Ingham, who will be accompanying the squad to Scotland, said: “This is the tenth successive year that we have staged the ESF rugby tour selecting the best under-16s players from each of our four sister schools.

“We have an incredibly strong team this year. Among our students from Emmanuel College we have Lewis Burbidge O’Flaherty, Finlay Weatherill and Jed Charlton who all play for North East Thunder Rugby Academy, and also Lewis McNall, who is signed to Newcastle United Football Academy.

“This tour is a not only a great opportunity for all the boys to play rugby at a very high level but it is also helps them grow in confidence, gel as a team and make new friends from the other schools.”

As well as taking part in their own matches the boys will be given a tour of Murrayfield Stadium before watching Edinburgh take on Lyon in the European Rugby Challenge Cup.

They will also get the opportunity to enjoy an evening bowling, scale the heights at the Edinburgh International Climbing Arena and sightsee around the Scottish capital.

Lewis, of Gateshead, who plays full back for North East Thunder Rugby Academy, said: “It’s my ambition to play professional rugby so I wanted to be selected for the Lions tour to gain more experience playing against high quality opposition.

“I’m really looking forward to the tour and I think we stand a good chance of coming away with a few wins.”

North East Thunder Rugby Academy back row player Jed, of Gateshead, added: “I was really happy to be chosen as part of the squad.

“There are some good lads in the team and I’m looking forward to playing the games and having some banter off the pitch.” 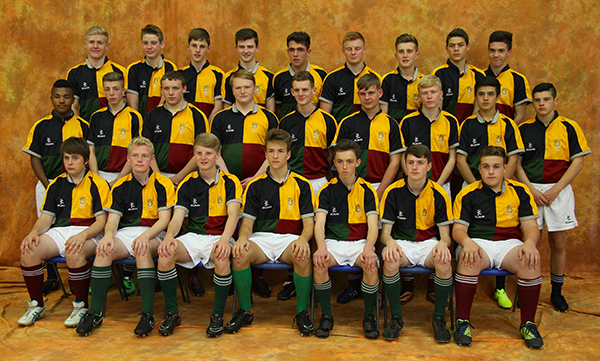