Fighting their way to the top of the world! 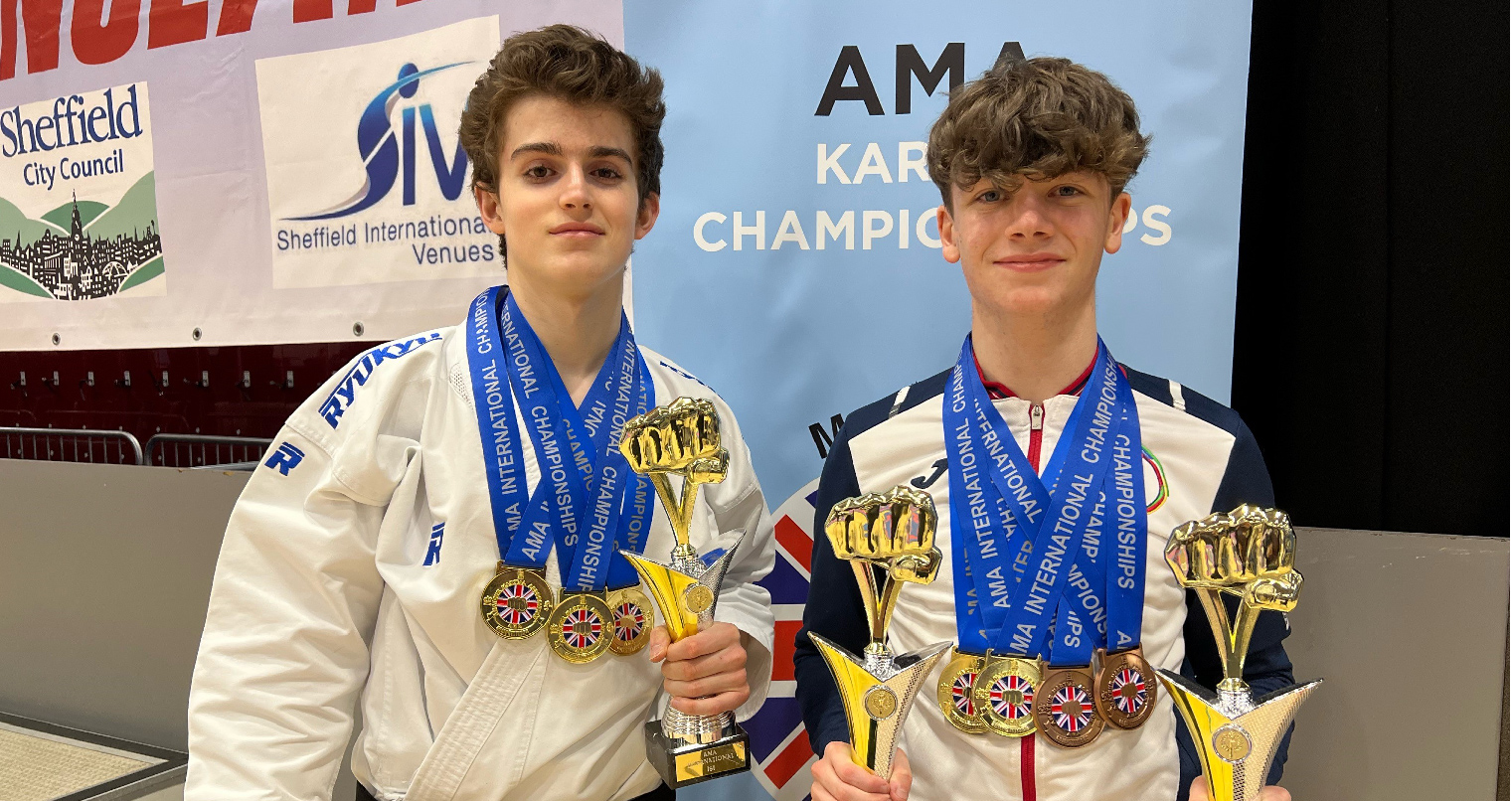 Our leading karate fighters are battling their way to the top and bringing home huge medal hauls – even on the international stage!

In February, karate ace Abigail Chisholm (Year 13) was selected to represent England at Kata after attending try-outs for the National Kata Squad in Liverpool, and hot on the heels of this news came further celebration as John Gough (Year 13) and Luke Barron (Year 9) achieved huge successes in the AMA International Karate Championships in early March.  The Sheffield-based championship saw the boys up against competitors from Romania, India, Pakistan, Scotland and across the UK.  The boys came home with a fantastic medal haul between them.  John secured double gold in the senior team and pairs events and triple bronze in his individual 18+ weapons, 18+ Shotokan Kata and 18+ team Kumite.  Luke secured gold with John in the senior team and the junior team and pairs with fellow members of Kensho Club, where the boys train regularly.

On Mothering Sunday in late March, some of our top karate fighters made their mothers proud at the English Karate Academy Championships in Warrington, one of the largest attended competitions on the national circuit.  Luke won gold in both Junior Team and Junior Pairs Kata, silver in 15-16 years Individual Kata, and bronze in his age 13-14 years Individual Kata.  John won his first ever gold medal in Kumite (fighting for only the second time in nine years) in the Senior Team (18-35 years), after intensive training.  He didn’t concede a single point, scoring 6-0 and 3-0 in his respective fights!  He also took home bronze in Senior Pairs.

Upcoming karate stars, brothers Jack and Sean Stanger, also made their mark in these championships, which were only their second national competition.  Jack (Year 8) won silver in Team Kata 12 years and under, while Sean (Year 7) achieved his personal best and came in joint fourth place with his older brother in Individual Kata 11-12 years.

The Easter holidays brought more exciting news for our karate stars, as John and Luke were selected to represent SEKA England at the WUKF World Karate Championships in Fort Lauderdale, Florida in July 2022.  After a rigorous, three-hour selection process they were chosen to represent England in both Individual and Team events for their respective age categories.  We wish them all the best and can’t wait to hear news of their successes!