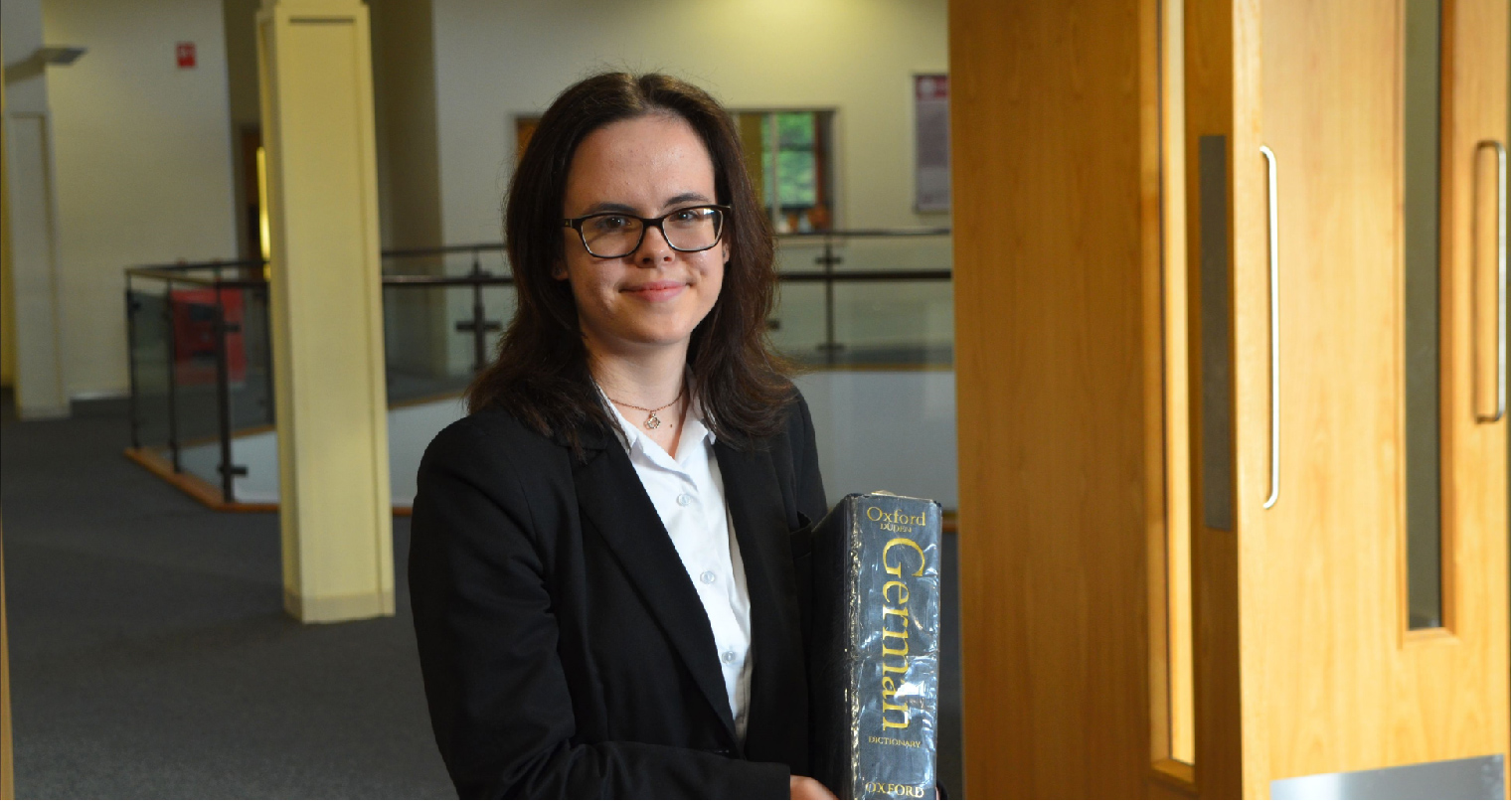 Anna explained that she initially had no expectation of winning – or of enjoying it that much!  “When I first sat down to read Die Verlobung in St. Domingo, and started thinking seriously about what kind of essay I wanted to write, I certainly had no expectation of going on to win the competition,” she explained.  “Although I was excited to delve into some older German literature which was more challenging than anything I had encountered before, a lot of my initial interest in taking part honestly came from needing things to talk about on my UCAS application!”

However, a surprising realisation awaited her.  “Then, as I started reading and thinking about themes of race and gender within Kleist’s novella, I realised that this was a question I really wanted to answer for its own sake, regardless of the competition.”

“Finding out that I had won first place was amazing, but what really made it for me was reading the feedback on my essay, and feeling that on some level I really had done the question – and the novella – justice.”

The new skills and knowledge Anna has developed, as well as her passion for German, are set to guide her next steps.  “Over the last two years I have fallen in love with German, and I’m hoping to study it at university next year as part of a Modern Languages degree,” she explained.  “Winning the competition has boosted my self confidence and sparked an interest in reading German literature, which I will carry with me in my future studies.”