Five hundred boxes of Christmas gifts are on their way to needy children thanks to the generosity of families at two North East schools.

Students at Emmanuel College, in Gateshead, and Bede Academy, Blyth, both part of the Emmanuel Schools Foundation, have collected small gifts to fill the shoeboxes to bring some festive cheer across the miles. 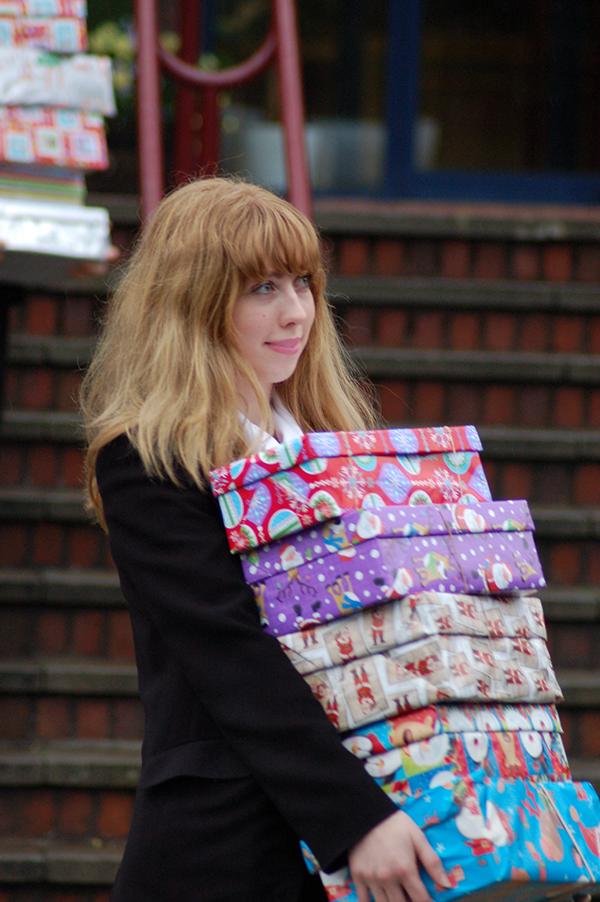 The boxes will be distributed by Blythswood Care, a charity that combines the Christian message with practical help for those in need in Eastern Europe, Africa and Asia.

Bede Academy broke its own record for the annual shoebox appeal, collecting nearly 300 following a promotional campaign by sixth formers.

Teacher Victoria Carr explained: “Year 12 students went around the tutor groups and explained the appeal then kept a running total of the top three tutor groups who’d collected the most. They produced posters and did notices in assemblies and Ellen Calder even dressed up as a giant shoebox.”

Teacher Laura Stocks added: “We recognise that not everyone can fill a whole box so we also had a drop-box where students could deliver individual items, then the year 12s made up the shoeboxes. We have to put £2.50 in every box as well so the sixth formers ran a cake stall and raised £50 towards this.”

As well as pens and pencils, toys and toiletries, some students also added personalised gift cards to the wrapped boxes.

Students at Emmanuel College tried a different method of promotion, selling starter kit boxes, already wrapped with essential items including a toothbrush and toothpaste, face cloth and soap, and a pen and notepad inside.

Student Hope Barney, 17, of Low Fell, who is one of the college’s charity coordinators, explained: “Not everyone can get hold of shoeboxes so this helped to get people started, then they could choose who their box was for and what else they’d like to put in it for that boy or girl.” 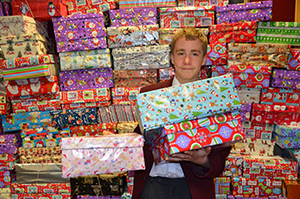 Sarah Reay, 17, of Felling, added: “We took orders and sold the starter kits at breaks and lunchtimes. It worked really well.”

Blythswood Care is just one charity supported by Emmanuel College.

Josh Steer, 14, of Whickham, who serves on the college charity committee, explained: “Students can put forward ideas for charities and charity events then we discuss those ideas. We have three slots a term when we can support a charity, if it fits with our ethos and is something we can help with.”