Les Misérables: a stunning spectacle of the stage

Les Misérables earned a standing ovation every night it was performed – and quite rightly so!  Our much anticipated annual production was a sell-out of the standard you would expect in the West End.

Cameron Mackintosh’s celebrated musical tells the epic journey of Jean Valjean, from convict, to Mayor, to salvation.  Valjean was played by Max Stephens, making his debut on the Emmanuel College stage.  Pursued by the obsessed Inspector Javert, expertly portrayed by seasoned actor Aaron Shankar, his path collides with the merciful Bishop, who saves him and puts him back on the right path.  Ellen Weaver and Emily Lynch shared the character of Fantine, who dares to Dream and Dream, and falls on hard times, and Valjean vows to protect her child, Cosette, whose role was shared by two budding actresses: Catherine Harness (Year 8) and Freya Burden-Watson (Year 7).

I was at the performance last night and I cannot praise the efforts of the cast, crew, musicians and directors enough.  The standard was utterly outstanding in every department.

On the last night Principal Mr Waterfield, Head of Music and Drama Mrs Wells, and the production team thanked the company of over 100 students for their awesome talent and joined them in celebrating with pizza and cake after the show.  There were, of course, a few tears as our talented Year 13 actors, crew and musicians bowed out of their final show at Emmanuel College.  It’s going to be a hard act to follow next year! 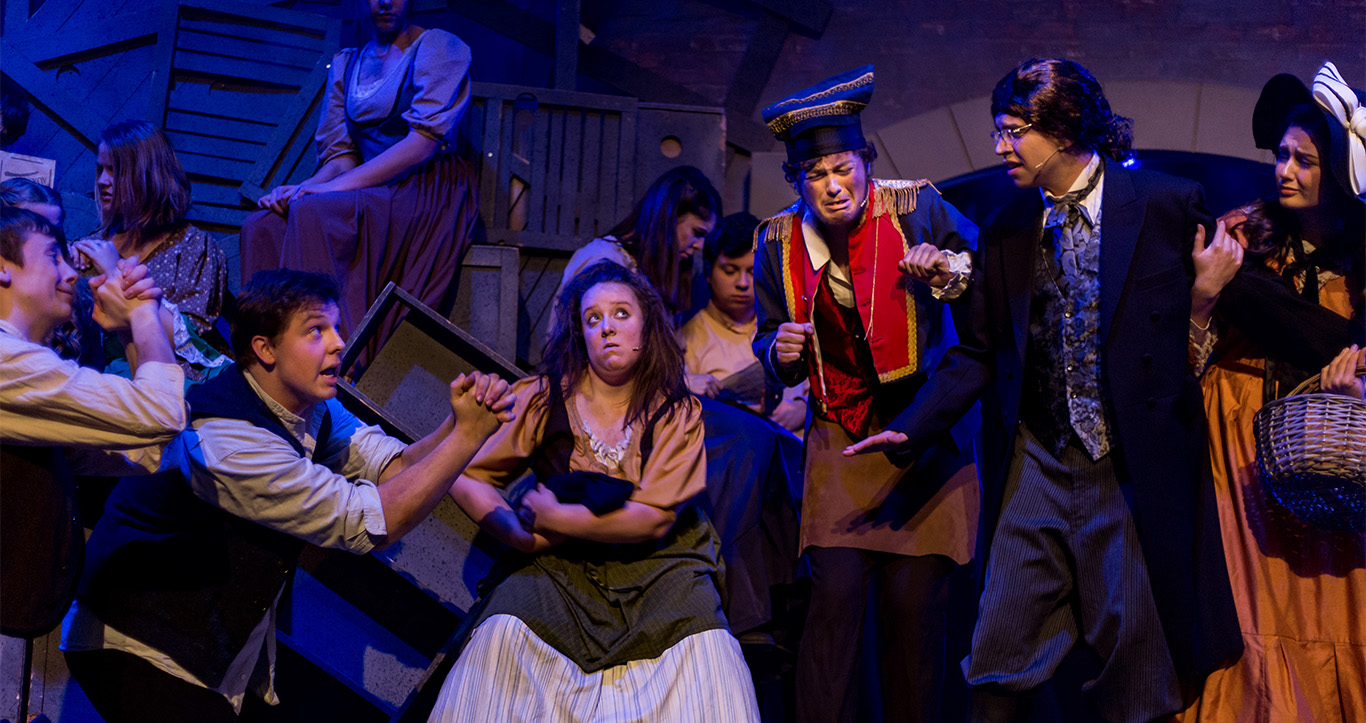