Our Lego Mindstorms team raced through the Regionals and into the National Final of a UK-wide robotics competition thanks to their advanced design and programming skills.  The four students from Years 7 and 8 impressed the judges at the Tomorrow’s Engineers EEP Robotic Challenge by designing, building and programming a robot to complete ten tricky missions, all in a very short time.  A polished presentation on ‘search and rescue’ as part of a disaster response mission, and podium finishes in all disciplines, secured our team first place overall and a place at the National Robotics Final at the NEC.

Pitted against 50 of the best school robotic teams in the country, our students wowed the judges in the Finals with their prototype viper robot which locates, communicates to, and sustains life for trapped earthquake victims.  Then at their exhibition stand, they challenged students and judges alike to solve a Rubik’s cube faster than their robot.  One of the many challenges they tackled was to design and build the fastest robot.  All seemed lost when their program literally crashed on the start line, but the team didn’t panic; instead, they quickly wrote a new program and the robot went on to cross the finish line in second place!  The team finished in fifth place overall – an impressive feat considering 500 teams entered the competition! 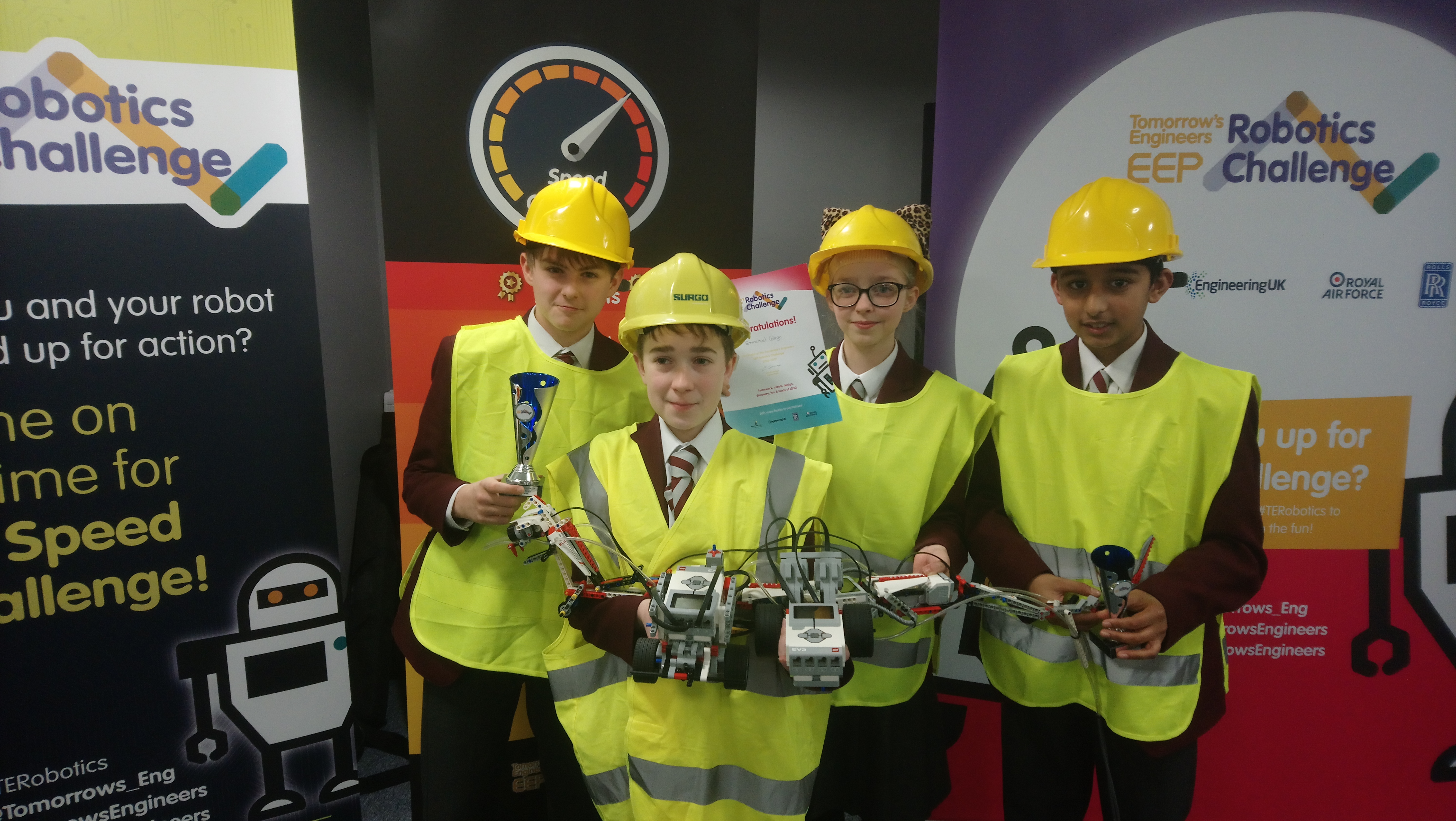