The Hall is alive with … The Sound of Music 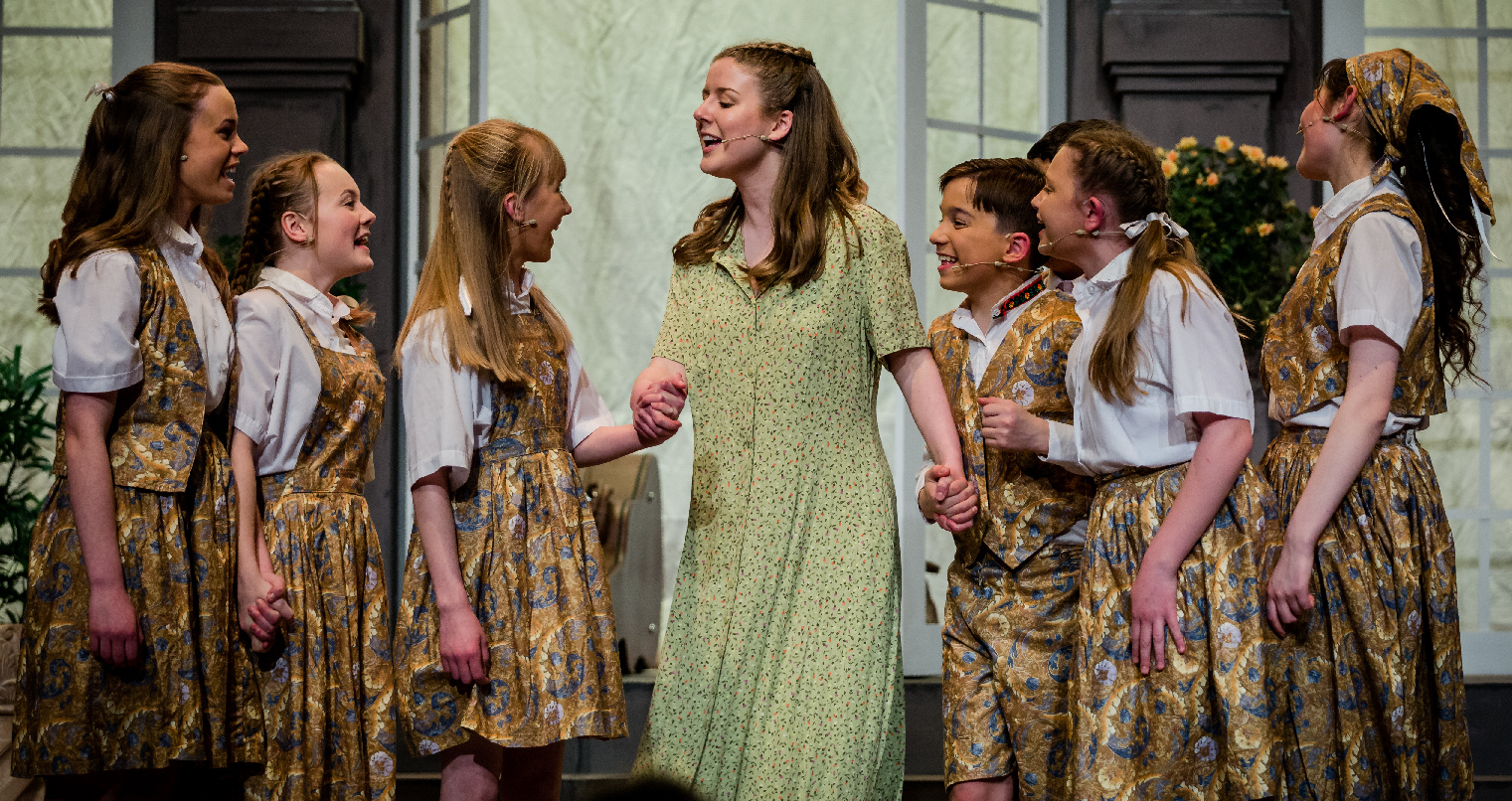 For the first time in two years, the talented students of Emmanuel College took to the stage to perform a stunning extravaganza of music, singing and acting in The Sound of Music.

The stakes were high as students overcame all odds – pandemic restrictions, Covid-safe rehearsals, and a double cast in case of last-minute absence – to bring the musical drama to life … and what a magnificent job they did!

In what Ms Wells, production director, described as “one big drama family”, Year 7s shared the stage with Year 13s and everyone in-between.  Year 13’s Isaac Stamper played Captain Von Trapp and found himself ‘father’ to no fewer than 11 children, split across two casts and all from various year groups – many of whom were taking part in their very first Emmanuel College production.  “It felt quite emotional for me in particular,” reported Isaac.  “I started my acting journey in Year 7 playing the titular role in Oliver! and, just as the sixth formers back then inspired and helped me to develop as an actor, I had the opportunity to do the same for the current Year 7s.”

Playing the lead role of Maria was Hannah Waterfield, who, along with polishing countless lines and routines, had the unenviable responsibility of getting changed out of one costume and into a wedding gown while miked up and wearing makeup, all in the space of about 30 seconds, four nights in a row!  “It was an absolute dream come true to play this part!” she gushed.  “It was the most incredible experience with memories that I will cherish forever.”

Backstage there was a simply fantastic crew, moving, pushing and placing props, furniture, stairs and plant pots, hanging chandeliers, and even lifting a bed onto the stage!  Sophie Jones, member of the stage crew, described the experience as “incredible … but stressful – very stressful!”  A special mention goes to the Stage Manager, Sophia Beadle.  Her role included managing EVERYTHING that goes on backstage – ensuring everything was in the right place at the right time onstage and leading the stage crew – and she played Sister Margaretta on top of that!  “It definitely wasn’t easy and I’d never done it before,” she said.  “But it gave me the opportunity to make a ton of new friends and lead a team of great people.”  And who knew that the magnificent Pit Band, directed by Mrs Bourn and Mr Hodgson, were such unstinting professionals that they even improvised with repeated sections of music to allow the stage crew those crucial extra seconds to get things in place?!

We are particularly grateful – and in awe – of Mr Wildgoose and his team, who built the entire stage.  “My thanks especially for making my Von Trapp family home look stunning!” joked Isaac.  With the incredible tech team led by Mr Metcalf, the action onstage was greatly enhanced by the lights, sound effects, visual images onstage and other technical elements during the show.

What a joy it was for our brilliant directive team, Ms Wells, Mrs Pilman and Mrs Taylor, to see the show pull off in spectacular fashion, sold out every night with rave reviews!  “At times it seemed like we may not make it,” said Ms Wells, “but the show must go on, and it did with great style!”

“I was BLOWN AWAY by the exceptional standard of everyone involved.  It is like being in the West End!” said one audience member.  “The skill and talent on display was simply unbelievable, and it was clear that the same was true backstage,” said another.

And another member of the audience perfectly summed it up: “That this has been achieved in the face of great adversity is – I believe – the greatest achievement yet of Emmanuel’s Creative Arts team of staff and students (and that is saying something after 2019’s stunning production of Les Mis, amongst others)!”