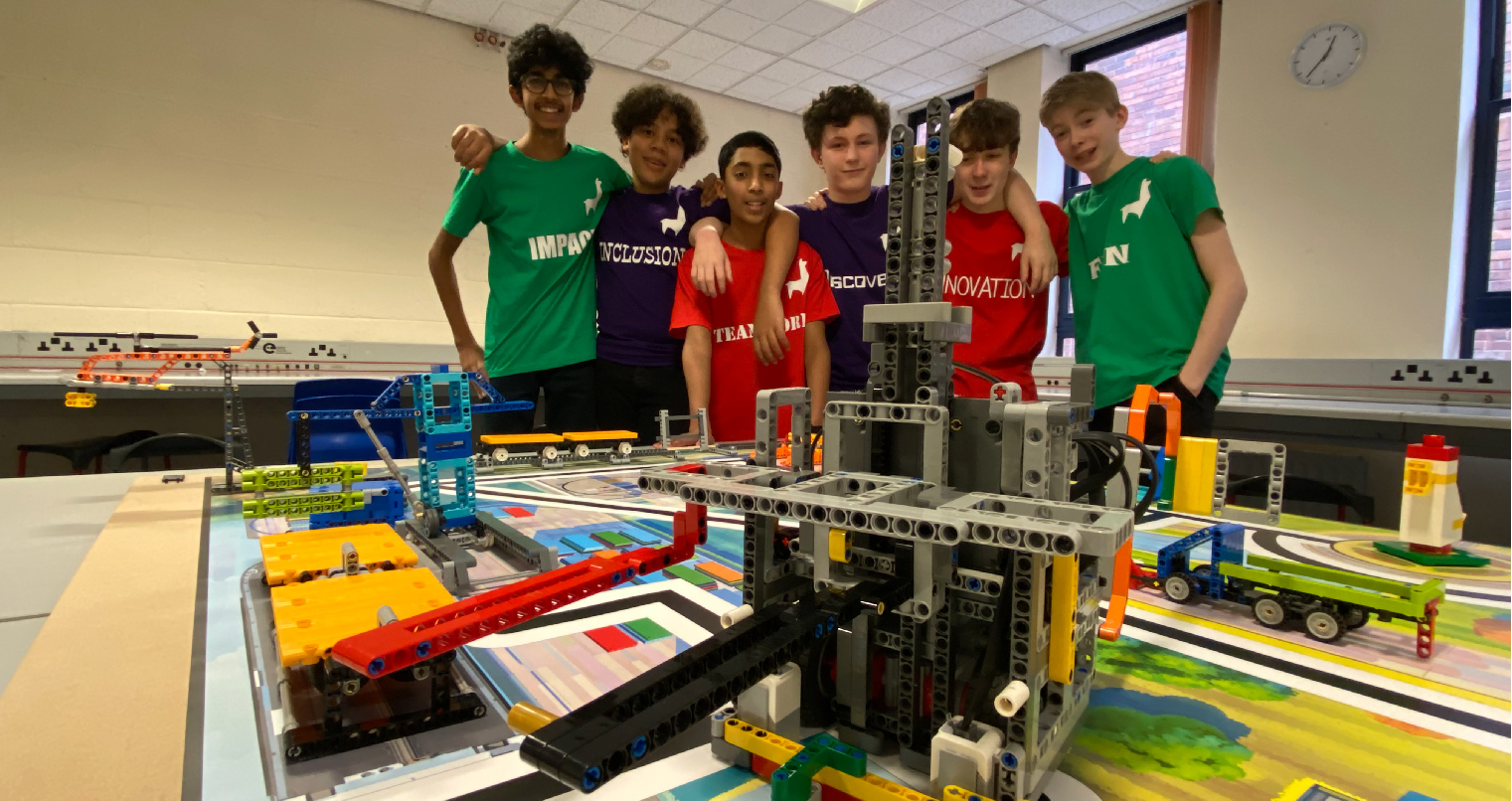 Our team of Lego experts have brought home two giant trophies after impressing judges in a regional competition.

The six Year 10 students (the ‘Lego Llamas’), along with Mr Thomas, entered the First Lego League Robotic Challenge in February.  Due to Covid restrictions, the event was held virtually this year, rather than at the Nissan factory in Sunderland.  That gave it a very different feel, but the stakes were no less high!

Students were tasked with designing, building and programming robots to complete a series of complex tasks, as well as presenting ideas and being interviewed by a panel of judges on Robot Design, Core Values and their Innovative Project.

The team did an amazing job, and we were delighted that their commitment and hard work were rewarded with not one but two trophies!  The first trophy was awarded for Best Robot Design.  The students had initially designed a robot with incredible multi-directional wheels, but they had to take it apart and make a new one to reach the level of precision needed when carrying out operations – there’s no room for error at all!  “The students really know their stuff,” said team coach Mr Thomas.  “Their new robot featured an amazing fork-lift system and other attachments – it was a brilliant design.”

Behind every great team is a great leader, and this couldn’t be truer for the Lego Llamas.  With his boundless enthusiasm and ready wit, Mr Thomas is always there to encourage and support the team, and this had not gone unnoticed.  The second trophy was awarded to Mr Thomas as Best Coach/Mentor.  He has been coaching the various Lego teams at Emmanuel College for six years, during which time the students have won multiple awards and have even made it to the National Finals.  In his spare time, Mr Thomas is a die-hard Lego fan, whose YouTube channel features many of his ingenious Lego models and inventions.  “It was a nice surprise,” said Mr Thomas.  “The students received a big trophy and a medal each, and then suddenly a few weeks later a huge Lego trophy was delivered to Reception for me!”