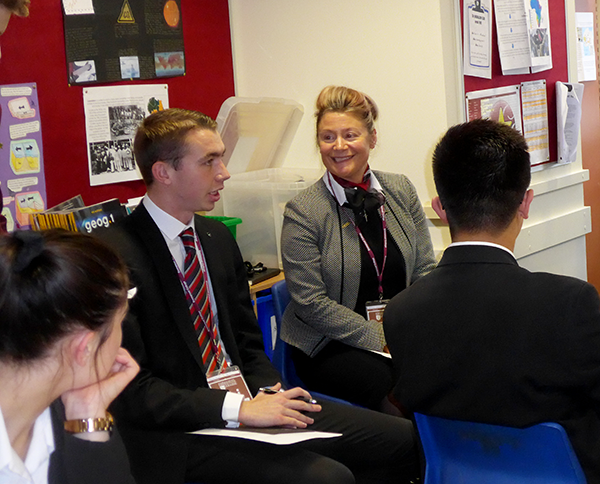 Vertu Motors continues to grow and revenues have increased by 17.7% to £1,454.6m from last year. Mr Forrester fielded questions from the students about how economics impacts the automotive industry – ranging from the economic cycle, demand and price elasticity of demand for cars, and market structure, to name but a few. From his answers, we gained an insight into the importance of economic theory in the automotive industry. For example, Mr Forrester explained that every day he gets a text to his phone informing him of the exchange rate, as this greatly affects his business’ costs of importing cars. When there is an appreciation in sterling against the euro, imports become cheaper and thus it becomes preferable for Vertu to import car marques such as BMW and Audi which are made in Germany. A deprecation in sterling means import prices rise so it is more expensive to import such car marques from the eurozone.
Before Mr Forrester explained the importance and value of economics to his business, he spoke briefly about his education and work experience. He read Geography at Oxford University and secured a trainee accountancy position with Arthur Andersen where he stayed for nine years. He relocated to the North-East, working for Reg Vardy for seven years, until the company was bought by vehicle retail giant Pendragon. From his employment at Reg Vardy, Mr Forrester learned what, to this day, are still his core values in business. “Vardy’s was a company with values. It was professional, respectful; it had integrity and provided opportunities for its staff. That is how a business has to be run.”
In December 2006, Vertu Motors was established here in the North-East; Mr Forrester believes the region has a rich heritage of entrepreneurship in motor retailing and there is a pool of high quality workers with experience in the motor trade. He is also a member of the Economic Growth Board of the Confederation of British Industry and Vice-President of the Automotive Fellowship International. 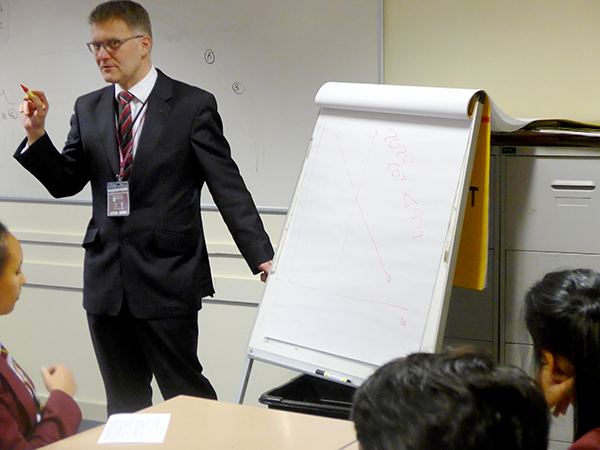 Mr Forrester is an inspirational leader. On behalf of all Emmanuel College economists, I would like to thank him and his colleagues for taking time to give us all such a valuable experience.
Surena Sahota